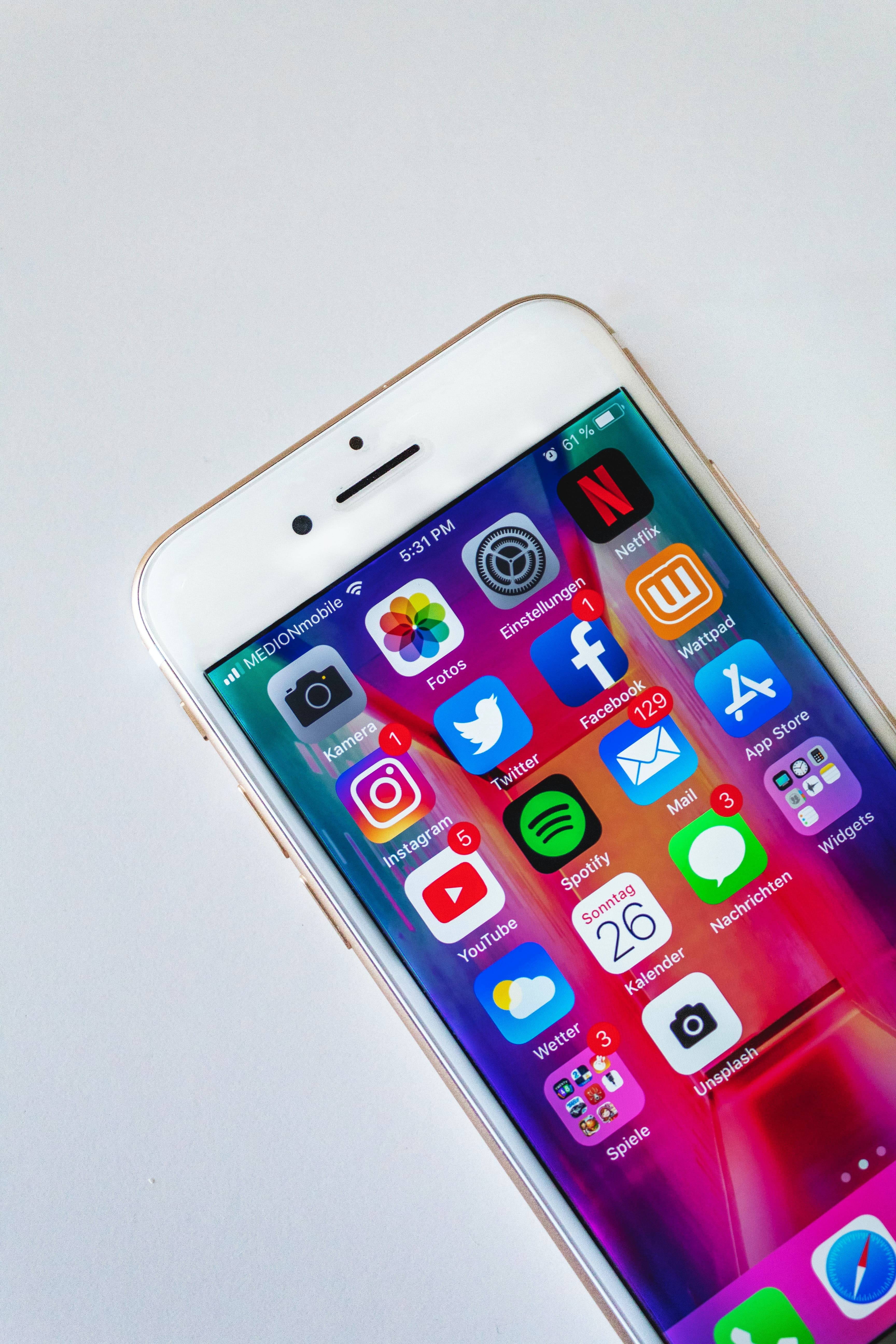 The resistance to the hegemony of the App Store
Maya Turolla

The gloves are off between tech companies Epic and Apple. Epic recently tried to avoid paying the App Store’s commission in the game Fortnite and Apple responded by, among other things, banning Fortnite from the App Store. This battle of the tech titans is exemplary of the growing resistance to the platform hegemony of app stores. Epic is among an illustrious list of powerful tech companies (Netflix, Spotify, Matchgroup, etc.) that increasingly oppose the tech superpowers. These aren’t innovative start-ups challenging the incumbents, but powerful tech companies acting as a strong counterforce to Big Tech. This trend points to a possible turnabout in the economic relations between large tech companies and the alternative digital platforms that are emerging in the gaming world.

The dispute between app stores and app suppliers has been underway for ten years already, but now seems to be undergoing reconfiguration. There’s growing resistance among tech companies that, although they are largely dependent on the mobile platform of Apple or Google, have a strong market position, a gargantuan customer base and are worth billions moreover (e.g. Netflix, Spotify, Epic and Matchgroup). These days, an Iphone without access to Netflix, Spotiy or Tinder would be hard to imagine. Consequently, it’s a battle of powers against superpowers. Epic is currently leading the latest attack from this front but belongs to a larger group of companies that became strong through the services and media platform they operate on top off the operating software of Apple and Google and now have the courage to undertake steps. These are companies that have grown considerably in the past decade, partly by virtue of big tech, and are now looking for ways to reshape power relations.Epic’s timing seems a cunning strategy: the desire of governments and overseers to break up big tech appears to be reaching a new high, fully in line with American tradition. But the challengers are also turning to the customer directly with a bona fide charm offensive, a logical choice for parties that excel at customer relations and together reach billions of users each day. The campaign consists of clear websites with explainers, satirical videos and hashtags on social media. Especially Apple is under fire, once itself champion of ideals such as freedom and creativity, now portrayed as a totalitarian monopolist.What’s remarkable is Epic’s frontal attack on Apple, while Google is mainly spared criticism, and gaming computer platforms are getting off scot-free. The latter (i.e. Microsoft, Sony and Nintendo), for instance, charge the same rate for microtransactions as Apple does, but have not faced the same disapproval. A simple explanation for this could be that Epic deems the console makers’ commission legitimate, as this hardware is sold below cost and pushing it requires expensive marketing campaigns. But matters are probably a bit more complicated; for a player base for its cash cow Fortnite, Epic is still mainly dependent on game consoles (71%) rather than mobile devices (12%), besides which it needs partners in its battle against the hegemony of the mobile platform. It’s been at odds with Microsoft, but they seem to have buried the hatchet and intensified their cooperation on Hololens 2. Epic has managed to get Sony to support cross-play and the latter recently became an investor in Epic. The novel cooperation with Sony’s music branch is one of the pillars of this renewed alliance. Finally, Epic has made clear that its game engine Unreal, one of the company’s most important assets, will mainly be geared towards next-generation game consoles. There are ideological motives at play as well. These alliances not only strengthen the economic front against the mobile platforms of Google and Apple, they also allow for an alternative digital ecosystem that doesn’t run on iOS or Android and embodies different values. With standards such as cross-play, lower commissions for creators and developers,sustainable revenue models and interoperable platforms and hardware, Epic and its partners are anticipating an alternative future for the digital world. This is the infrastructure on which Epic CEO Tim Sweeney would gladly realize his ideal of the Metaverse: connected virtual worlds where we play games with a virtual replica of ourselves, but also attend concerts, hang out with friends and purchase items of virtual clothing. In his blueprint of the future, the infrastructure is facilitated by different platforms, but our avatar won’t notice this when he “walks” frictionlessly from world to world and from service to service. This alternative ecosystem has its roots in the gaming world and in the coming years, monetization of games will be the focal point for providers on the platform, but other industries are gradually becoming interested. The music industry, clothing industry, film industry and advertising industry are all watching the rise of these alternative digital platforms with great interest. In this regard, Epic’s successful game Fortnite can be situated as a facet of a much broader movement of alternative digital ecosystems becoming fierce competitors to tech giants of the likes of Apple, Google and Facebook.The resistance seems to form a powerful front, but some nuance is appropriate here concerning the first American company to reach the $2 trillion market cap last week. What Apple is under attack for – a closed ecosystem with unfair conditions for providers and developers – also encompasses the roots of its core competence and the winning formula to its growth of the past two decades. The vertical integration of hardware and control software, the foundation of the App Store, facilitated an unprecedented degree of security and trust in the digital world. Moreover, it brought order and simplicity to the digital economy and Apple reached new levels of customer friendliness and ease of use. Then there’s also large economic potential in the bundling and integration of digital services and Apple’s current strategy is to double down on this bundling to generate constant revenue, since competition on the smartphone market has become fierce.That’s why Apple won’t simply give way to the resistance and has plenty of reasons to continue to believe in its own competencies and philosophy. But the time of tacit acceptance and some grumbling from the sidelines appears to have come to a definite end, now that anti-monopoly sentiment is becoming more widespread and users are presented with viable alternatives. 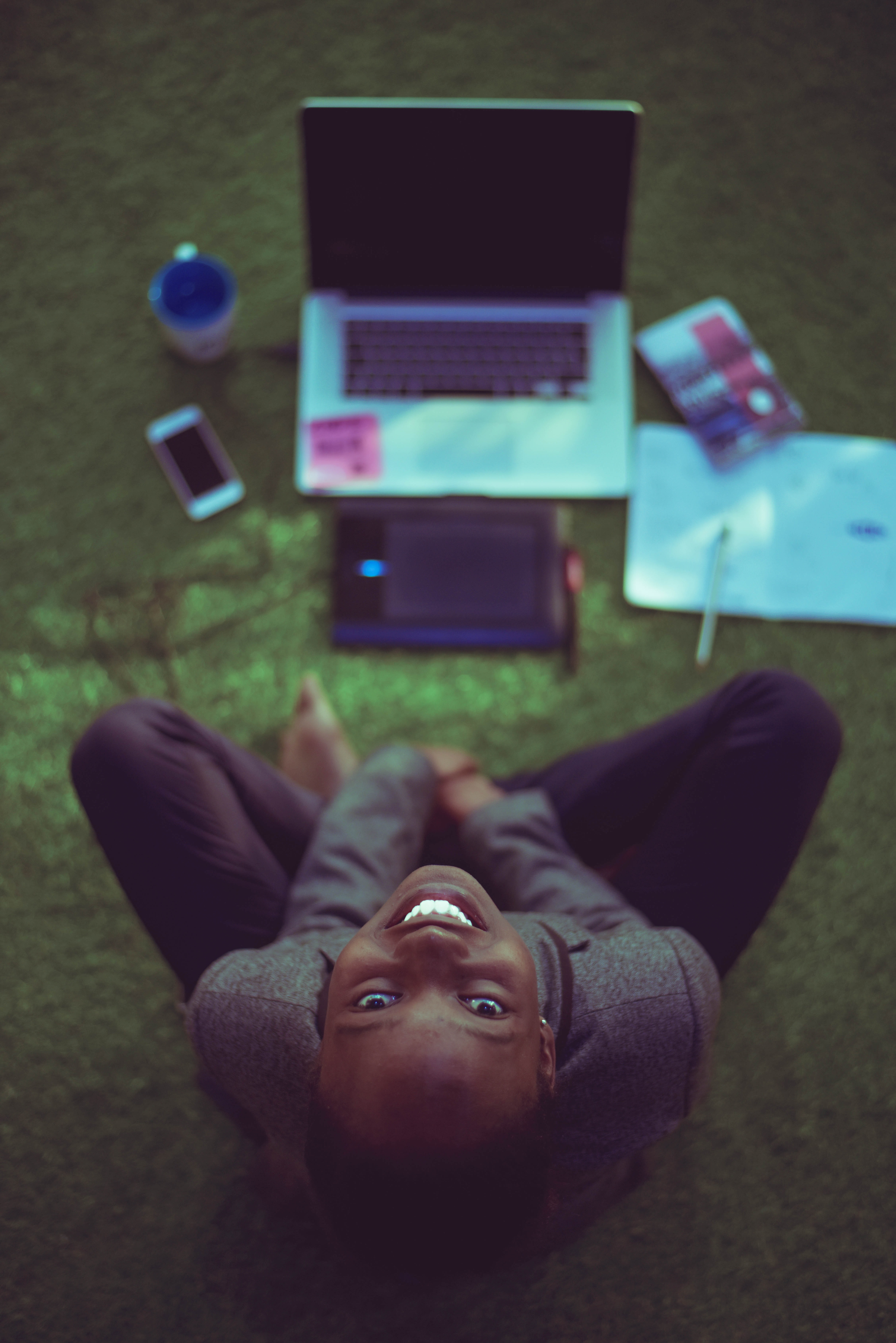 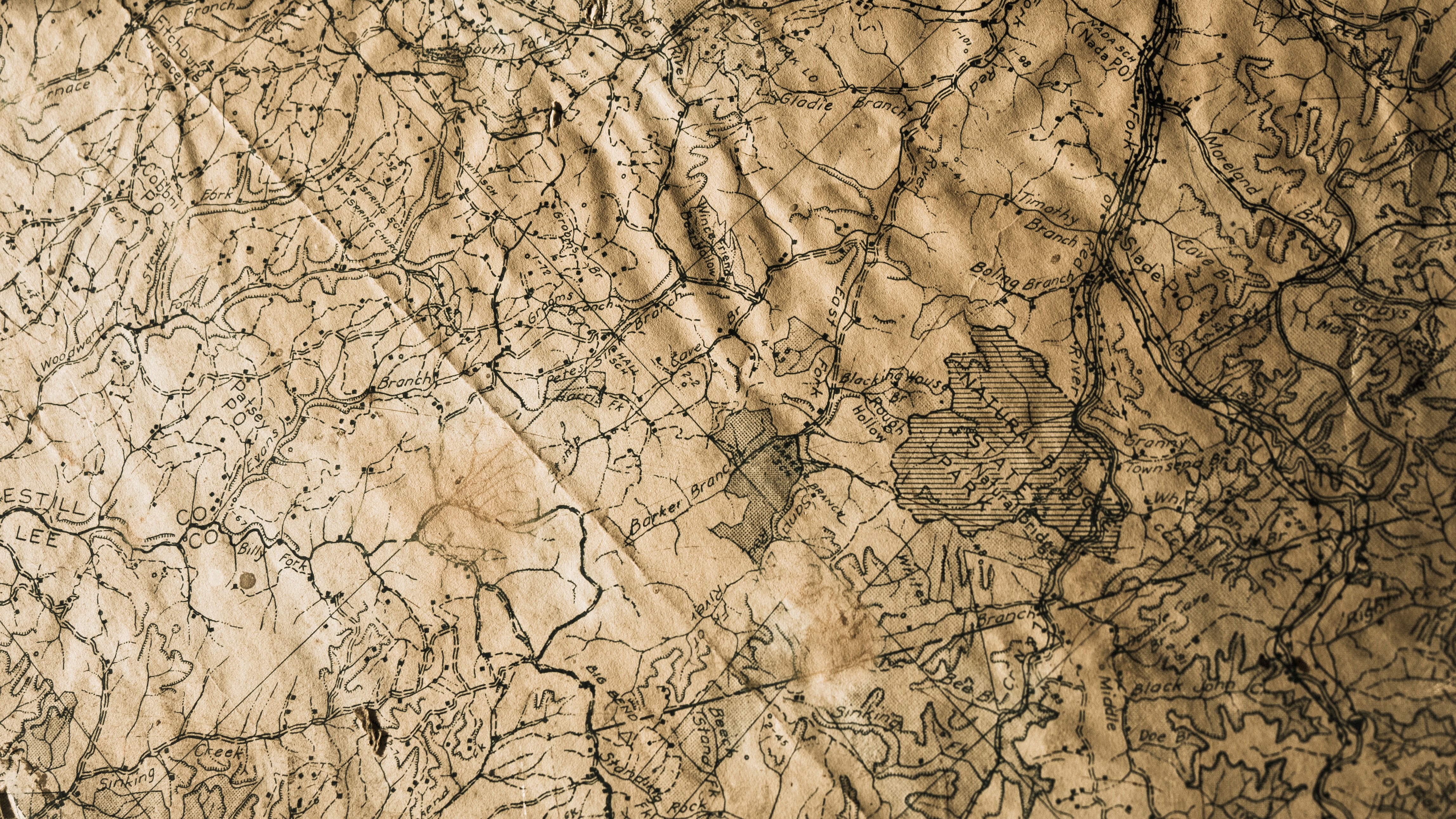 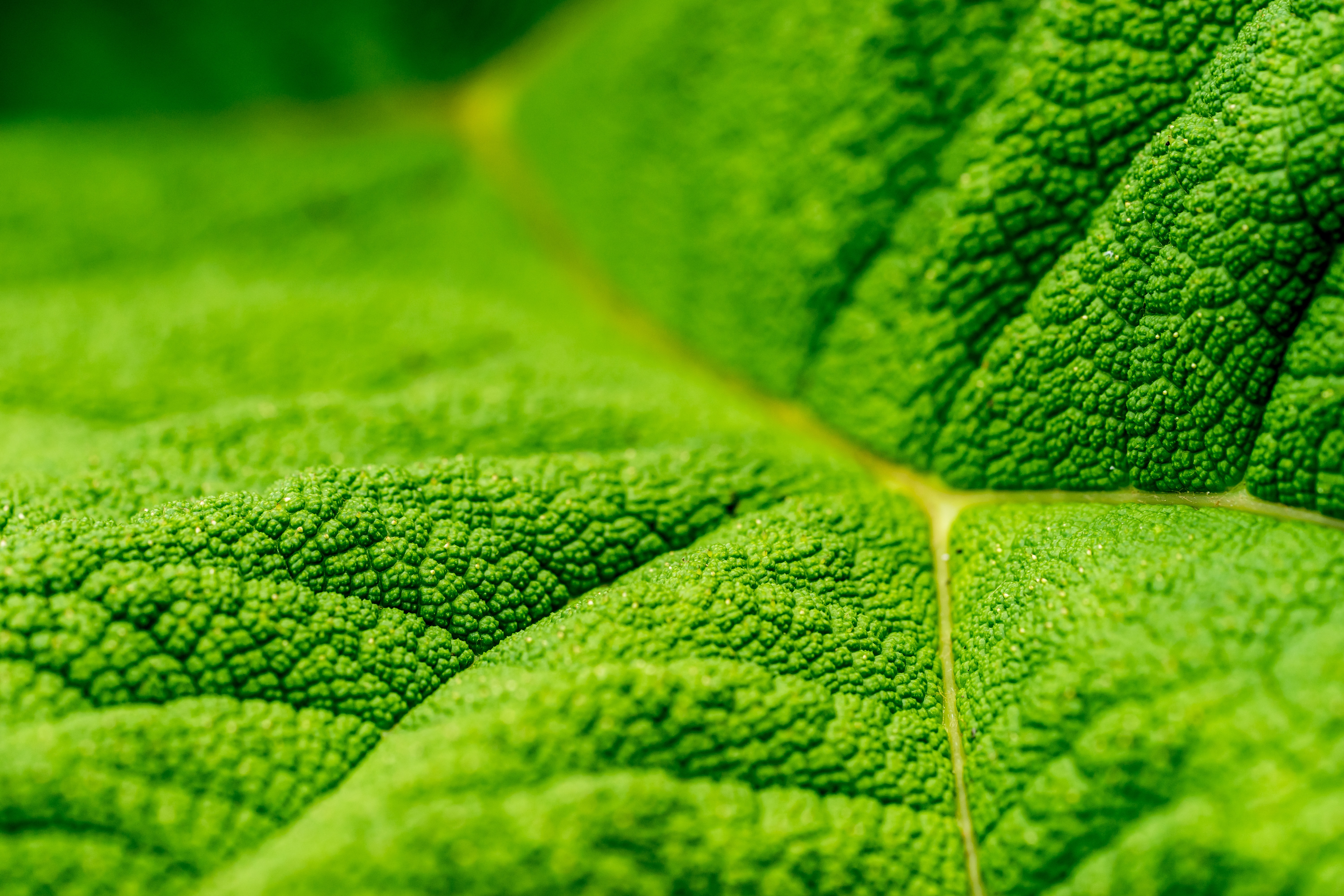