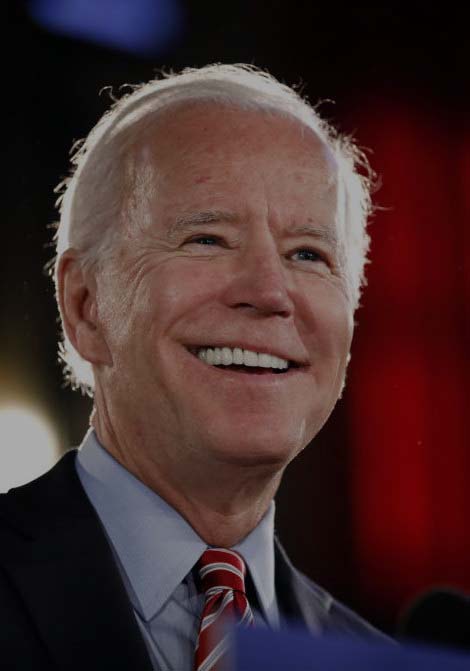 Biden: neither friend nor foe to big tech
Maya Turolla

Obama’s presidency was paradise for big tech. After that, Trump was a gift from the gods, tax-wise, but caused some rocky and restless years in Silicon Valley nonetheless. Biden will partly restore peace in the Valley, but we shouldn’t expect a return to the heyday of the Obama administration. During Biden’s first term, we will see a relationship with big tech that is less than clear-cut in terms of amity or enmity. Big tech and Biden need each other and don’t appear to want to make life difficult for each other, but the tension between big tech and society and Silicon Valley and Europe won’t be easily resolved.

During the Obama presidency, big tech companies were given a free hand regarding growth and the president frequently sang the sector’s praises. Obama was (too) friendly with big tech. Under Trump, things became a bit more ambivalent, leaning towards hostility. Trump often expressed criticism of tech platforms. Moreover, he became the key player and catalyst in the societal problems that currently characterize the industry (e.g. misinformation, polarization, foreign interference, etc.). At the same time, it’s mostly tech companies who seem to have reaped the benefits of Trump’s fiscal policy (e.g. cheap repatriation of foreign cash and lower taxes). Societal criticism became immensely widespread, but the share price rose with it. With Biden, we’re starting a new chapter that’s more difficult to define in terms of amity or enmity towards big tech. The consensus is (see observations) that Biden will implement stricter regulation of big tech and higher taxes, so it would appear as though there’s some hostility. But in other respects, Biden and big tech are completely on the same page and mutually dependent.First, to expect that big tech has some rough years ahead because of the extra regulation would be misguided. After all the (internal) unrest and increasing societal criticism, more regulation, even if it affects companies’ profitability, may even be desirable within the sector. The fact that big tech, despite Biden’s campaign promises of fiscal reform, made prodigious donations to the Biden campaign, supports this theory. Moreover, Biden and Harris have close ties with the tech sector, so there might be an assumption that in (a divided) Congress, the lobby will have enough room to water down propositions. And perhaps regulation might benefit big tech anyway: the GDPR is widely held to serve the big players, who are far better able than their smaller competitors to build the necessary infrastructure. For smaller companies, this is likely to be very expensive and time-consuming.Big tech welcomes Biden but the reverse is true as well. Among other things, Biden plans to rejoin the Paris climate deal and seems to be of a mind to revive multilateral institutions. But in other domains, he will want to continue Trump’s protectionism and protect big tech. Commentators all agree that stricter regulation of big tech will play into the hands of Chinese competitors, and this will certainly be taken into consideration by the Biden administration. It looks like Biden is aiming for a softer, more differentiated version of Trump’s America First policy, so the trade-off between protective industry policy and restrictive competition policy could work in big tech’s favor. There is, then, enough amity and/or mutual dependence in the relationship between big tech and Biden, but under the surface, hostility and tension remain. Breaking up big tech is one of the most radical plans of the Democrats and was a spearhead in the campaign of other candidates, such as Elizabeth Warren. Because Biden has never made any such extreme statements and there was no “blue wave”, this plan doesn’t seem to be a priority. Nonetheless, CEOs will not rest easily after their recent hearings with the House Judiciary Committee’s antitrust subcommittee. In a lengthy report, the latter considers the monopolies or market forces of big tech proven and urges the forced sale of business units or subsidiaries. It will be difficult to get this through Congress, but the battle for the Senate is not over yet, as a new voting round in Georgia will decide who gets the last two seats in the Senate. It should be noted here that not all big tech companies are the same. Especially Mark Zuckerberg will have sleepless nights, because Biden and his tweeting deputy communications director seem to have set their sights on Facebook in particular.Ultimately, we shouldn’t set too much store by Biden’s current intentions and campaign promises and stay attuned to what happens societally and ideologically. Societally, in his close-to-victory speech, Biden presented himself to the world as the president of reconciliation. But in the unfortunate case that the power concentration, misinformation, polarization and societal tensions in the digital realm continue to increase, so will the pressure to act on this. Finally, we are in the midst of an ideological reappraisal of the internet itself. Among academics, politicians, organizations and platforms, there’s a growing push for an overhaul of the digital economy, with the foundation of a decentral and open infrastructure of the internet. At its core, this ideology criticizes the way tech companies have been able to privatize the open space of the internet in the past decades and seeks technological alternatives. The strength of this new ideology could have more severe consequences for the revenue model of big tech than Biden’s policy.At this point, it’s not easy to draw any straightforward conclusion about the consequences of Biden’s first term for big tech. Despite stricter regulation, big tech seems to be headed for a period of amity under Biden, but with subterranean long-term insecurities that could result in some heavy blows for companies.